Carol Graham is an expert in surviving against all odds.  She is a master charismatic storyteller whose message is passionate and uplifting.

She shares her story of triumph over multiple and unrelenting challenges but refused to see herself as a victim.

How to Pray The Answer: FULL Prayer Course 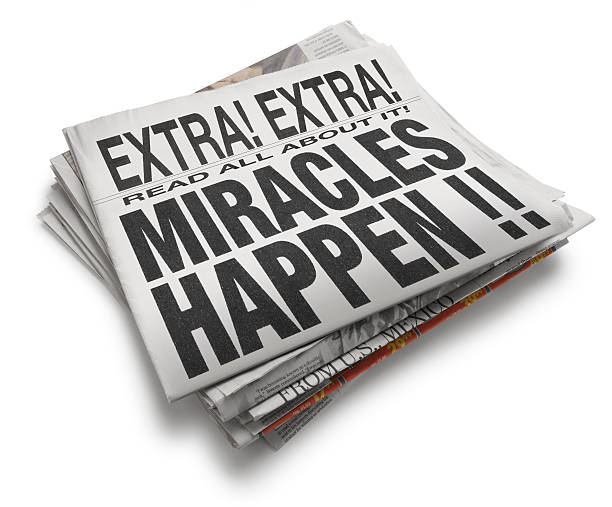 Get SPIRITUALLY STRONGER Every Week!

Because you are made for greater things! You'll get my:

For years, I had been ashamed of many phases of my life. My husband, Clayton, and I made numerous embarrassing mistakes throughout our journey. They were too painful to admit to our Christian friends who respected us.

As a result, I was determined to keep silent about our past. I tried to hide all those rugged circumstances. I became masterful at the art of avoiding personal questions.

I managed this by controlling the conversation to remain one-sided. I would ask questions and encourage others to share their stories. This would protect me from revealing my own.

But this mindset changed with an unexpected incident.

Some years back, our daughter, Rochelle, asked us to babysit her new puppy, a miniature Dachshund named Louis Vuitton.

“I’ll be gone for two weeks,” she said, “but Louie won’t be any problem for you. He loves staying with his gramma and papa.”
How do you say no to that? Of course, we committed to caring for him. But, instead, that little dog took care of preparing a gigantic revelation for me.

One cool evening, Clayton and I settled on the living room sofa. Suddenly, an awful commotion came from the upstairs bedroom.
Tha-Thump. Tha-Thump. Something heavy dragged down the stairs.

Using his teeth, tiny six-month-old Louie pulled his large, hard-sided Louis Vuitton carrier down the fourteen stairs, one step at a time.
With a defiant glance, Louie looked toward us on the sofa. After placing his case in the center of the living room, he wagged his tail and scurried back up the stairs.

Clayton turned to me. “What in the world do you think he is doing?”
“I have no idea,” I said, “but I think we are about to be entertained.”
In anticipation, I was ready to make popcorn and take in this new doggie show.

We watched in amazement as Louie made numerous trips dragging his possessions down the stairs. First his blankie, then his bowl, his bone, his ball, and his sweater. On his final trip, he brought his leash.

This show was not over. Standing on his hind legs, he could barely reach the top of the carrier. But he jumped and jumped, never giving up until each of his items dropped inside the bag.

Clayton and I cheered at Louie’s endless attempts to jump into the bag.

“C’mon, Louie, you can do it,” we chanted. He panted from exhaustion but he refused to give up.

One final leap and he landed head-first into his packed ‘suitcase.’

I shook my head wondering what would happen next. “Look! He’s not done yet.”

Clayton laughed when he realized the reason for Louie’s efforts. “He’s trying to zip it closed from the inside.”

“I just figured it out,” I said, “he’s packing his suitcase just like his mommy did when she left for her trip. He’s planning to go find her.”

Early the next morning, we unzipped the carrier and placed Louie on the floor. He ran around the house as fast as he could but soon realized Mommy was not there. He was still at Gramma’s house and Rochelle was nowhere.

He looked at us as if to say, “Gramma, why isn’t mommy here?”

For the next fourteen days, Louie entertained us with unusual and funny antics. I kept a daily journal written from his perspective. Once finished, I had it printed with pictures of each day’s story and gave it to Rochelle for Christmas.

The Message Was Clear

She laughed as she turned each page. Then she paused and gave me a serious look. “Mom, when are you going to write your own story?”

I dropped into the nearest chair with that revelation. The message was clear. Louie showed such tenacity and determination to do nearly the impossible. The lesson was for me. I needed to apply that same courage.

For over ten years Rochelle had been asking me to write my story as a reminder of God’s love for her generation. She knew many young women who would relate to the trauma I had been through. She wanted them to realize that no matter how difficult life can be, with God’s help, they can overcome.

I repented before the Lord and confessed to Rochelle too.

That night, I prayed, “Forgive me for my blindness. I only saw how it would affect me. I missed the fact my mistakes could minister to others and help them conquer their own.”

I Gathered Courage And Resolve...

Similar to Louie, I gather courage and resolve. During the ten years it took to write my memoir, I had to dredge up ugliness and pain that was deeply buried. But momentum built as I pondered on the purpose of relating my story.

Soon, excitement built at the thought of offering hope to those who had been battered and beaten by life.

I completed the book and finally, the day arrived. I opened the box of my first batch of Battered Hope, in print. I pulled a copy out and clutched it to my chest. “Thank You, Lord.”

But it didn’t take long before the intruder called doubt tried to barge in.

I glanced at Clayton. “What if no one buys it?”

“You’re not trusting God.” He said with no hesitation, “He is going to use your story to bring others to Christ. But, always remember the bottom line of anything we do is this: If only one person is encouraged or only one person accepts Jesus as a result, we have done our part.”

His wise words would keep me focused as I worked through the hurdles in the marketing and selling process.

Only six weeks later I received a pleasant surprise. A message came to me through Facebook from a woman named Oxana.

“I am contacting you because I recently purchased your book through Amazon.”

Although the message came after midnight, I immediately responded.

“Thank you. I hope you enjoy it. Where do you live?”

“I live in Ukraine but I am originally from Russia. I am enjoying your story but not the message. You say you believe in God but I know there is no God.”

“What makes you say that, Oxana?”

“I was raised in Russian royalty,” she wrote, “and forced to marry someone I didn’t know. He beat me which caused me to miscarry my baby. After the birth of my next baby, he continued to abuse my young son and me.”

“I’m so sorry to hear that but God knows everything you went through. He loves you and wants to heal your pain.”

I imagined her laughing out loud as she scoffed at my trust in a God whom she insisted didn't exist.

Oxana told how she escaped Russia when her son was very young. She went into hiding losing her royalty status as well as any inheritance she deserved. She related that her strength came from within herself and had nothing to do with God.

We continued our written conversations online. I asked her questions about her life and she shared the horrific experiences she had endured.

With each story, she strongly emphasized that if there was a God, He would never allow such pain.

Fifteen nights in a row we chatted online. She would read a chapter of my book and then discuss it with me that evening. She began to soften as she realized so many of her experiences paralleled my own.

Her questions included, “Why didn’t you get angry or seek revenge? How could you forgive people who hurt you severely? Why didn’t you blame your God when you lost your son?”

God gave me the wisdom to choose my words carefully. The message was the same every night. “God knows your name. God loves you. He cares about you. He died for you. When you ask Jesus into your life, He will not only give you joy but the promise of living forever with Him.”

I gave her the verse in Jeremiah 29:11 which says: For God knows the thoughts that He thinks towards you, thoughts of peace and not of evil, to give you a future and a hope.”

Her initial comment: “That is the most senseless, unintelligent reasoning I have ever heard.”

I always responded the same way. “It’s a matter of believing God loves you. He created you and wants to spend eternity with you.”

Suddenly, with no warning, the messages stopped. I tried contacting her through the same channel but there was no response. I had to trust God that the seeds I planted would stay with her.

“You don’t know me but I believe you knew my mother, Oxana.”

I quickly read through the letter and then read it over and over again.

“I don’t know if this means anything to you but my mother died two weeks ago. She died in her sleep and she had two things in her hands. In one hand she held your book close to her chest. This is where I got your email address. In her other hand was a short note which I don’t understand but I hope you will. It said ‘I love Jesus.’ I read the many conversations you had with her on Facebook. I strongly felt that I should contact you and let you know what happened.”

Oxana is one among many who asked Jesus into their heart after reading Battered Hope. Someday we will meet people we never met on earth but who came to know Jesus through our words.

Each one of us has a story to tell. I encourage you to find a way to share your story, your miracle. All the fears of embarrassment and shame of our past are quickly forgotten when we realize God can use our past to brighten someone else’s future.

God expects us to do so. In my case, He used a miniature Dachshund to get my attention.

This is a book about miracles. The greatest miracle we will ever see in our lifetimes is the miracle of salvation.

Embracing Self Discovery And Accepting Challenges

Embracing Self Discovery And Accepting Challenges

Perfected Forever – A Prayer Of Thanksgiving

Perfected Forever – A Prayer Of Thanksgiving

God Always Has A Plan

Please log in again. The login page will open in a new tab. After logging in you can close it and return to this page.